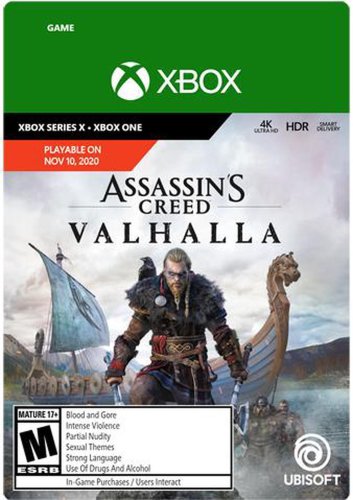 Build your own Viking legend at 60 FPS and in 4K resolution on Xbox Series X.

Become Eivor, a legendary Viking warrior. Explore England's Dark Ages as you raid your enemies, grow your settlement, and build your political power in the quest to earn a place among the gods in Valhalla.

- Relive the visceral fighting style of the Vikings as you dual-wield powerful weapons.

- Challenge yourself with the most varied collection of enemies ever in Assassin's Creed.

- Shape the growth of your character and your clan's settlement with every choice you make.