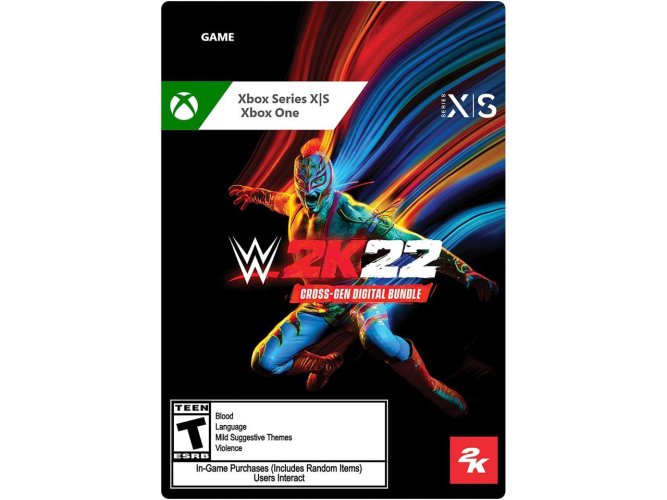 This edition includes WWE 2K22, and the Starrcade '96 Rey Mysterio Pack for Xbox One and Xbox Series X.

REDESIGNED GAMEPLAY ENGINE. NEW CONTROLS. ALL THE FEATURES YOU CAN HANDLE.
Get ripped out of the stands and hit with complete control of the WWE Universe.

THE GAME THAT MAY HIT TOO REAL
Hitting this hard has never been so easy. Everything from the controls to the stunning graphics has been redesigned, and feels as real as being ringside at WrestleMania.

INTRODUCING MyGM
It’s your turn to call the shots as a WWE General Manager. Take the reins of Raw, Smackdown, NXT or NXT UK and draft your ultimate roster of WWE Superstars and Legends, then compete against rival GM’s to build the